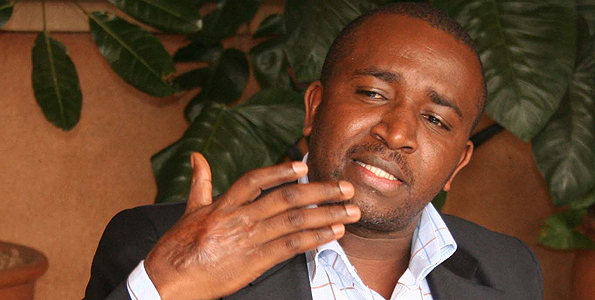 THE case of a woman who accused police of not arresting Igembe South MP Mithika Linturi for failing to pay monthly maintenance of Sh50,000 will be heard today. She claims she has made many trips to Kileleshwa police station to ask that a warrant of arrest issued two months ago by a Nairobi court be effected. The woman, a dentist, went to court in August last year after the MP allegedly abandoned her and their three-year-old son.

She claimed that she was evicted from their Kilimani house and is living in Riruta. The court granted orders directing the MP to pay the woman Sh50,000 every month. She says that she was married to the lawmaker in May, 2008 under Meru customary law and she gave birth to a son on March 7, 2010. The woman claims Linturi accepted responsibility for the child and provided for him “materially, morally and emotionally”. She says that all was well until August 2011 when Linturi became cruel, abusive, irresponsible and negligent towards her and the child. She claims that the MP has failed to maintain the child, has neglected him and stopped giving moral and emotional support.

She says Linturi has ,refused to take responsibilty despite the fact that he has a good job “working as an MP and has the financial ability to take good care of the child”. The woman claims she tried to settle the matter out of court without success. In a letter sent to Linturi on July 26, last year through her lawyer, she says she asked for assistance but he failed to respond. “It is not only immoral but illegal for a person of your stature to abdicate your parental responsibilities contrary to the provisions of the Children’s Act, whose contents you should well appreciate by virtue of your position as a law- maker,” said the letter.

Loading...
Application To Date My Daughter – Hilarious < Previous
Nairobi Speculation Exchange – Mutula’s Death Next >
Recommended stories you may like: