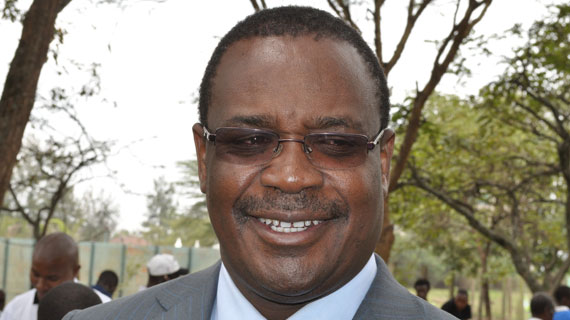 By Protus Onyango
NAIROBI; KENYA: Over the Easter holiday, a group of businessmen and politicians with deep business connections to City Hall held a meeting at a private residence in Karen.
They agreed to invite Nairobi Governor, Evans Kidero for ‘a cup of tea’ and when contacted, he agreed to the meeting.

When he arrived, the group had ‘gifts’ for him they had not informed him about, which included a brand new Toyota Landcruiser V8, valued at about Sh12 million and Sh10 million in cash.
One of the businessmen went outside and handed Dr Kidero’s driver the keys to the car and told him to take “the boss’s gift” home.

Not finished, the businessmen, who included a top Nairobi politician, sought out one of Dr Kidero’s aides and handed him Sh10 million.
Our sources revealed that the governor left the meeting without knowledge of the ‘gifts’. He was informed about them when he got home.
“He was so infuriated that he ordered the car and the money returned to the businessmen. He vowed not to fall into the trap of working with a few crooked fellows to the detriment of Nairobi residents,” the sources said.
Contacted last week, Dr Kidero confirmed a meeting had indeed taken place and the bribe was offered.
When the businessmen got back their ‘gifts’, they vowed to teach Kidero a lesson.
“Nairobi is ours and we shall not let one man spoil the party for us. We must bring on board more businessmen to strengthen our team and scuttle efforts by the governor to run the county in a way that encroaches on our turf,” one of them was heard saying.

The cartels have hatched another plan and they have now instructed one of their own, who played a key role in Kidero’s campaign, to canvass for one of the key appointments the governor is expected to make.
The man has already occupied a key office at City Hall.
“He is now acting as Mr Kidero’s Chief of Staff without the governor’s approval and has given express orders that anyone who wants to see the governor must go through his office,” sources say.

Indeed, when The County Weekly visited the office, we established that the man, who attended the Karen meeting, has occupied the office.
Our investigations revealed there was a long queue of people lining up to see him. Most of them had complaints about land rates and rent arrears of former city council houses.
We further established that most of the complainants were indeed members of a cartel that works with land rate and house rent defaulters who are now worried because of Mr Kidero’s announcement that he will deal with the two issues.
Mr Kidero recently announced the he inherited a council that is owed Sh100 billion, most of it in unpaid land rates and rent.
Our investigations revealed that the cartels go to property owners and using the connection they have with crooked City Hall employees, get money from the property owners and promise them protection, even if they fail to pay land rates.
For example, a prominent hotel near City Hall has not paid land rates since 2003.
The cartels also work with rent defaulters by moving to court to oppose any upward rent review by the council.
Once the court grants them orders to stop the council from effecting the increment, they advise the tenants to even stop paying rent altogether and instead be paying them some protection fee.


On the land rates scandal, the cartels in conjunction with some City Hall employees collect rates but they don’t remit the money to the council.
The employees cite an old valuing system that was last updated in 1980 as the reason for not collecting so much as land rates when in actual sense, they pocket the collections.
The cartels and City Hall employees are panicking following Mr Kidero’s promise that he will root out corruption at the civic body.

Last week, the governor fired three officers and suspended four after an internal audit linked them to financial impropriety.
The sacked officers are; Millan Mirembo, who was the Acting Director of Education, Benayo Nyamweya, Assistant Community Development officer and Lawrence Ogindo Snr, a clerical officer.
This was after Mr Kidero ordered all council departments to give him reports of their operations.
Mr Kidero’s actions have left the employees panicking and tension is rife as no one now knows who will be next on the firing line.
He has given targets to all departments and will use failure to meet the targets as a way of sending non-performers home.
“I promised the Nairobi residents jobs, but we have to collect enough revenue and only employ those who perform. We can’t reward laziness and mediocrity,” Mr Kidero said.
His efforts have started paying off. The parking unit that only used to collect Sh2.5 million per week now collects Sh5.5 million a week after the parking attendants were told to up their game.

Earlier, the parking attendants had devised ways of collecting more but remitting less to the council. For example, they used to have two receipt books, one to collect money for themselves and the other for the council.

Even some lorries that were used to collect garbage in the early 1980s have been seen in some estates collecting garbage.
Mr Kidero has also promised to focus on the Nairobi Water and Sewerage Company.
“The company loses 48 per cent of its water most of which is illegally sold by vendors, denying Nairobi residents the valuable basic commodity,” Mr Kidero said.

The internationally accepted standard for non-revenue water loss is 15 per cent.

He promised to work closely with President Uhuru Kenyatta to achieve his dreams for Nairobi.
George Aladwa, the last mayor of Nairobi, who left office early this year, advises Mr Kidero to be wary of the chief officers at the council.
“He should work fearlessly and exercise the authority of his office. There are chief officers who will maintain the status quo and engage in corruption, frustrating his efforts,” Mr Aladwa said.
Aladwa also called on the governor to work closely with the President, the County Assembly Speaker and members to fulfil his party’s and the President’s manifestos for Nairobi.
But the 85 Nairobi County Assembly members, 20 of whom former city councillors, are furious about their proposed salary of Sh79, 000 per month, terming the sum as “peanuts”.
They have warned that they will be more susceptible to corruption if the Salaries and Remuneration Commission does not increase their salaries.
“We cannot be controlling 60 per cent of the country’s wealth as we handle multi-billion tenders and live like paupers. We shall do everything possible to live like honourables,” they insisted.

They want the Serem-led commission to pay them Sh350,000 per month as recommended by Association of Local Government Authorities of Kenya.
Standard Media

Loading...
Raila Compares Himself To Jesus… Jesus of Nyanzareth?? – Hilarious Photo < Previous
Classic 105’s Ciku Muiruri Busted Having a Good Time With Artur Margaryan Next >
Recommended stories you may like: