By  Mercy Oyaya
A young woman in Olerai area in Ongata Rongai, Kajiado County, was treated to a shocking incident in which a monkey, under the influence of some rogue hormones, made passes at her.
The primate, assumed to have come from a river in Matasia, sneaked into the woman’s house through an open window and comfortably curled itself on her bed and patiently waited for her arrival. At least that was the state she found the rascal when she came home in the afternoon. 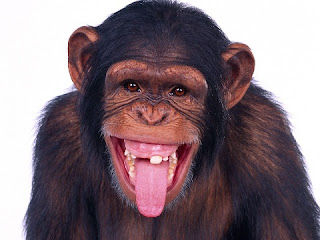 To begin with, she was shocked to find a monkey resting in her bed. As if that was enough, it stared beckoning her, momentarily blocking one of its eyes with the palm of its hand as if to improvise a wink.
And to drive the point home, it was making very suggestive gestures, as if to invite her to join it in bed. The rest was left to her imagination.
But to her surprise, when she threatened the monkey and attempted to scare it away, it didn’t budge. Talk of monkey business!

“If you think that only human beings provoke animals into bestiality, sorry, even animals, it seems, have wicked ideas,” the woman later said.
Out of fear, she ran for dear life lest the monkey got violent. Luckily for her, the timely arrival of a male neighbour scared the monkey and it leapt out through the open window and vanished.
Shockingly, the monkey showed up again at night, rasping on her window as if begging her to open. But realising that a welcome wasn’t forthcoming, it went, this time for good.
Parts of Nairobi, especially Ongata Rongai and Karen, which border the world famous Nairobi National Park, have animals, ranging from crocodiles, monkeys, baboons and occasionally lions strutting around.

Those who have travelled on Magadi Road will be familiar with the ‘hip’ and ‘urbanised’ olive baboons, which have made the section between Kenya Wildlife Service headquarters and Multi-Media University their home.

At the university for instance, cases of students bolting off when baboons attempt to snatch their bread, chapatti and sausages are legion.
But the students and wild animals have learned to coexist and share an ecosystem because the institution is situated next to Nairobi National Park.
Baboons in particular get their daily bread from the students’ hostels and dustbins whenever life gets tough on the other side of the fence, which seems to be the case most of the time, anyway!
Standard Digital

The Trending Images in Nairobi This Friday
Loading...
The Latest