Ciku Muiruri – Mohammed Ali Is Bitter I Refused To Give Him Winnie Kibaki’s Phone Number. 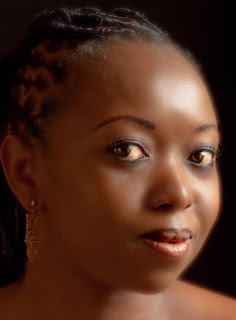 In his latest Jicho Pevu series, Mohammed Ali looked into the circumstances that led to the death of Prof. George Saitoti, his assistant Orwa Ojode, their two bodyguards and the two pilots.
Together with John Allan Namu, Mohammed Ali links the death of the former internal security minister to a report he was to submit in parliament a few days later, that had the names of suspected drug lords. Ali gives reasons why Saitoti’s accident, may not have been an accident but an assassination.
Whenever the topic of drugs comes up, two names also pop up. Artur brothers and Mary Wambui’s family.
Now, when Moha introduced the issue of the Artur brothers, he decided to air a clip of one of the brothers having a good time with Classic 105’s Ciku Muiruri.
This clip prompted Kenyans to send thousands of insults and negative comments to the presenter, for associating with drug lords.
A few hate Facebook pages later, the girl of the moment responded.
In a statement released on her Facebook page, Ciku admitted that she was indeed the one on that clip, but nothing was going on. She wrote that the Artur brothers had organized a bash for the media and she was there by virtue of her being Pulse Magazine editor.
Standing with her and cut out of the shot was Eve D’Souza and Sheila Mwanyigha.
“Also at the bash was the then Buzz (Sunday Nation) Editor, Adhiambo Odera. Pinky Ghelani was also there and numerous others. Atur lifted me onto a counter to make space for all of us to take a picture.” she writes.
The radio host however reads mischief in the manner in which Mohammed Ali included her in his piece. She wonders whether the other journalists standing with her were deliberately cut out of the final clip. She even has a theory for that.
“I don’t see the relevance of putting that particular clip (of me only) in today’s program unless Mohammed Ali was upset that I refused to give him Winnie Mwai’s number when he called asking for it recently – Dude, you uncover numerous conspiracies and can’t get a simple phone number??? :)” she say
She adds that Mary Wambui’s daughter Winnie is her friend and that she is the only journalist she has ever given an interview.
So, is this officially the start of Ciku and Moha beef?
© nairobiwire.com
Loading...
Ciku Muiruri – Yes, That Was Me With The Artur Brothers (Full Explanation) < Previous
Saitoti Was Assassinated – Jicho Pevu’s Mohammed Ali Next >
Recommended stories you may like: