Akon Gets A Taste of Kenyan Online Hate Speech.. After Congratulating Uhuru 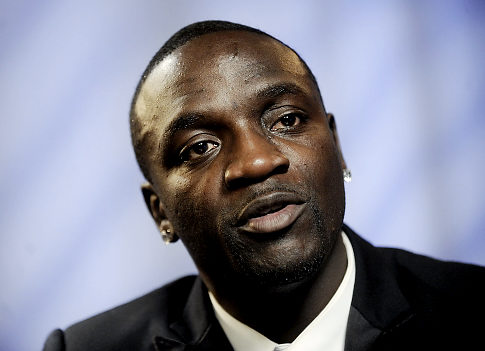 On Tuesday, American musician Akon tweeted his congratulatory message to president Uhuru Kenyatta. He also praised Kenya for its peaceful elections.
This was the message.

Congratulations Uhuru Kenyatta on your new presidency. The world is proud of Kenya and its peaceful (elections)

As soon as word went round that the singer had sent the message, the usual hate speech mongers flooded his Instagram page. Spilling all forms of tribal bigotry, Akon ignored them.
However, one comment forced the singer to issue an immediate response.
A follower wrote this,

The guy is a thief just like he’s father. Stole land only his tribe voted for him . He charged by the international crime court and I hope they convict him . Why congratulate him????.

And this was Akon’s response.

This is why Africa can’t move forward. We spend too much time focusing on the Negative. I congratulated him for going about the elections in a peaceful way! This is big for Africa as a whole! What ever he’s done in the past, he will have to face God in the end! So why trouble yourself or stress! We are not the ones to Judge.

Finally a non-Kenyan has added his voice, and issued his advice. Will Kenyans take it?
© nairobiwire.com

Loading...
Martha Karua Tells Twitter Follower To Grow Up, After Suggesting She’s Begging For A Job From Uhuru < Previous
My Land is Kenya – Sang By The Moipei Quartet (With Lyrics) Next >
Recommended stories you may like: