By Ken   /   Sunday, 17 Mar 2013 09:20PM   /   Leave a Comment
President-elect Uhuru Kenyatta is surely the first tech savvy president in Kenya (Should the court rule in his favour). The first 2 presidents can be forgiven because they were around at a time when ‘tech meant technicalities’, but the third one chose not to move with time.
In the list, ‘50 little known facts about Uhuru Kenyatta‘, published by Nairobi Wire on Feb 22, Kenyatta’s favourite gadget was listed as the iPhone, a product of American company Apple Inc.

Now, that seems to be no longer the case. The president – elect has looked East, and has recently been spotted enjoying the services of a Samsung Galaxy S3. Samsung is a South Korean company.
Is this a hint of where his administration will look?
At least you can rest assured that the laptops he’s bringing won’t be Apple. 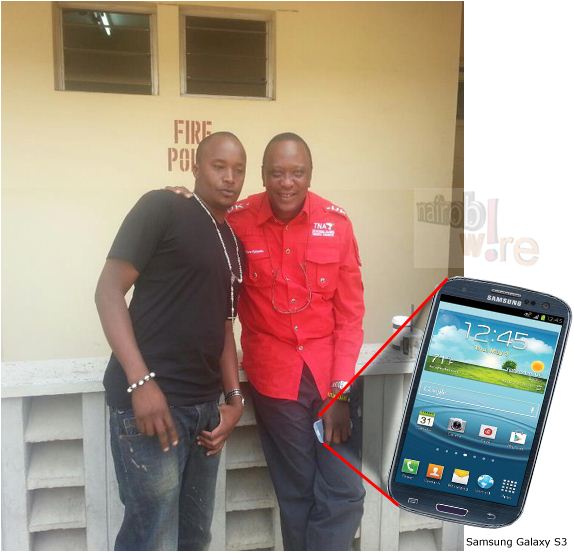 How I Became Managing Director at AIG Kenya Insurance Company