They’re Saying #KOT Attacked Them Because of Free Government Internet.. Will #SomeoneTellNigeria

It started when news broke that Harambee Stars were being treated badly in Nigeria. The national team had arrived at Lagos and the Nigerian FA was to fly them to Calabar for training. Calabar is the town where the world cup qualifier match between Harambee Stars and Super Eagles will be played on Saturday.
Apparently, on reaching Lagos, the Nigerian FA was nowhere to be found, and this left Harambee stars stranded for hours. After the chattered plane they had been promised failed to show up, the team was booked in a 2 star hotel in Lagos.
However, what angered Kenyans most was pictures of the team training in a dilapidated primary school. 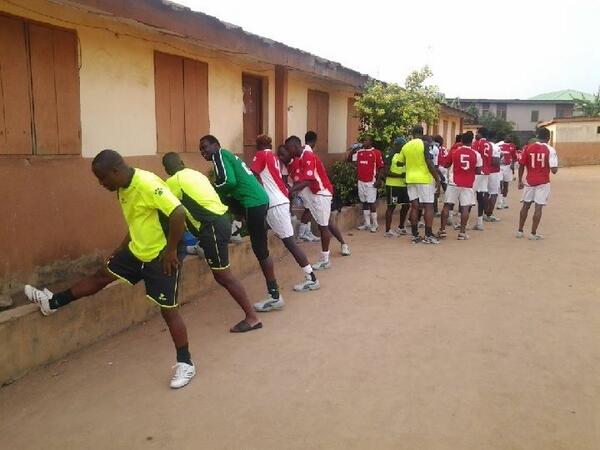 Since early morning on Thursday, Kenya’s Twitter community focused all their effort in dissing the Nigerians and dissed they did.
From their movies, to their looks, to basically anything, it completely shifted away from football.

For several hours, Kenyans attacked the then sleeping Nigerians using the hashtag #SomeoneTellNigerians, from the now popular #SomeoneTellCNN.

When Nigerians finally woke up, (time difference), some of them had no clue as to why Kenya was trending on their twitter timelines. Actually, very few were aware that it all started due to football matters.
This did not stop them from coming up with different theories. One blog fake9janews.com, came up with a totally ridiculous story. Here’s what they told their readers.

Today turned out to be a very odd day on Cyberspace after certain tweets directed to Nigerians surfaced on twitter at about noon today. This occured after the President of Kenya, Mwai Kibaki, gave the entire country free Internet for a day because of the friendly game against Nigeria.
However, it seemingly looks like they (Kenyans) have been misusing this opportunity of a life time, seeing as reports reaching us suggest that the last time they had free Internet connection was when arsenal last won a trophy, roughly 8 years ago.
Some enlightened ones who knew what twitter was went online to throw a couple of offensive tweets at Nigerian Twitter users.
Due to lack of constant Internet connection Kenyans have no idea what happened to Ghanaians last time such a stunt was pulled on Twitter Nigeria, and they are currently learning their lesson. Luck seems to be on their side today though, as their free connection ends soon

What’s shocking however is not the story itself, but the fact that most Nigerians believed it, going by their comments on Twitter.
© nairobiwire.com