The Team That Made Uhuru President 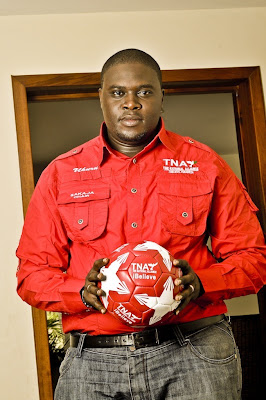 UHURU Kenyatta ran the most expensive campaign in Kenya’s history that involved local and international strategists to become President in last week’s election.
The son of Kenya’s founding president drew his campaign team from not only among his relatives but also current and former advisors of President Kibaki.
Before Uhuru joined up with deputy President elect William Ruto, he put together a team of key advisors who have included businessmen and politicians to draw up strategies for him.
Uhuru’s inner-core strategists—men like former presidential aide Alfred Getonga, Uhuru’s maternal uncle and former Kenya Airport Authority managing director George Muhoho, lawyer Njee Muturi, former MPs David Murathe and Justin Muturi, State House political advisor Nancy Gitau and Uhuru’s nephew, youthful Jomo Gecaga, son of his half-sister Jeni Gecaga.
Others have included his spokesman Munyori Buku, TNA chairman Johnson Sakaja, former journalist and blogger Dennis Itumbi who was the director of Team Uhuru – a network of volunteers – and political strategist Moses Kuria.
There was also Erastus Wamugo, whose main job was to lead a team that was behind policy and analysis. One of the country’s youngest diplomat who has been the deputy head of the Somalia Mission, Yvonne Khamati has also been a key advisor of Uhuru especially on foreign policy.
Nancy and Muhoho have not been seen publicly in Uhuru’s campaigns but the likes of Getonga, who has been the communications director of the National Campaign and Njee, who has been the campaign manager have been spotted in public quite often.
Nancy and Muhoho have been at the center of resource mobilisation for Uhuru’s campaign including managing the accounts.
Jomo has been the most visible personal assistant to Uhuru and attended all political rallies and meetings – sitting behind the Jubilee Coalition leader and always rode in the former DPM’s car.
Uhuru also had a team of young people behind his campaign and left the work of running his party The National Alliance (TNA) to 27-year old Johnson Sakaja.
There were a number of teams that run his campaign – one being an online team – which had three offices around Nairobi with the main group led by Njee and Getonga operating from Lavington.
Uhuru also hired a British PR firm, BTP Advisers, to handle his image internationally especially with matters relating to his pending trial at the ICC.
The team led by Mark Pursey, and Charles Anglin were also part of the team that conceptualised the creation of TNA including its launch in May last year that was done amid pomp and color.
Pursey and his team’s media campaign has involved online monitoring, including social media and especially on Twitter as well as getting information on Uhuru’s main challenger Prime Minister Raila Odinga who came in second in the contest and has since said he will challenge the results.
The Uhuru campaign was initially run from his private office at Chancery House, before it was moved to Lavington. There was also another office know as the UK Centre in Nairobi’s CBD. His party TNA set camp at Promiso Building on Jogoo Road.
His aides are also active on the social media, often releasing statements on Twitter and Facebook.
Ruto, who was initially in the race for president before joining up with Uhuru to form the Jubilee Alliance and becoming his running, had already established his campaign secretariat office at Kileleshwa headed by Sande Oyolo apart from another office for his party, the URP.
Ruto had also set up a think-tank comprising of university lecturers and business people managing all aspects of his campaigns, from raising funds to preparing a manifesto.
Other than politicians in the URP, some of Ruto’s most visible advisors were lawyers Kipchumba Murkomen and Prof Kithure Kindiki who were elected to the senate. Murkomen and former IIEC commissioner Davis Chirchir joined TNA’s legal director Jasper Mbiuki to draw up the agreement that formed the basis of Jubilee Alliance.
Others in Ruto’s team have included businessman David Langat, Silas Simaywo who is his personal advisor and the youngest daughter of former MP William ole Ntimama, Leah Nakinae, who has been running the URP public relations machinery.
Former MPs Issac Ruto, Charles Keter, Aden Duale and former House Speaker Francis Kaparo were also members of Ruto’s inner circle.
the Star

Poll Reveals 5 Things That Kenyans Will Remember Uhuru Kenyatta For
Loading...
The Latest