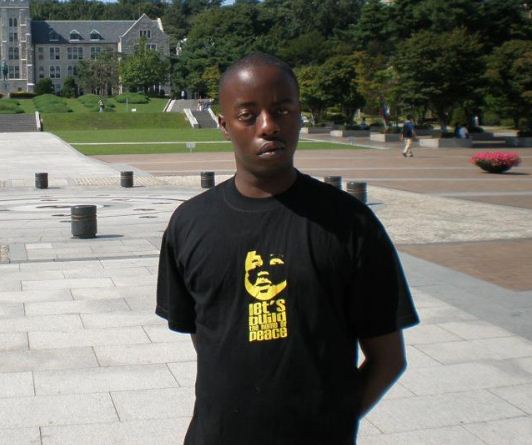 Raila Odinga Junior, son to prime minister Raila Odinga, yesterday wrote a heartfelt message to his father. He thanked him for all the sacrifices he’s made for this country, and assured him of his unconditional support in whatever step he takes.
Odinga Junior posted the message on his Facebook page, and received close to 4000 likes in just a few hours.
Here it is.

I’ve been quiet for a while taking a lot in, I’ve heard a lot of what people have to say! Some of it kind words, some of it words of advice, some asking about the way forward! Some people though not all have been asking me to tell the old man to concede, to be honest I feel that raila odinga has given a lot for his country as a man he’s put everything behind and concentrated on what’s right! We’ve straggled a lot as a family most people only see the head of the family but as a whole sacrifices are made throughout, I’m proud of my dad and the fact that millions of Kenyans believe in him when he tells them everything will be alright and to push on, he’s not only my rock but the rock of a nation, he’ s come a long way and of that I say thank you baba. Looking forward through the insults and abuse, we’ve come a long way. And your still my hero, your not the leader some Kenyans want but your the leader all Kenyans deserve! And for that I’m behind you 100 percent, it’s within your democratic right to go to court, and I for 1 am stating I’m one of the millions of cordashians behind you, tuko Tayari baba

Loading...
Yoweri Museveni Congratulation Letter To Uhuru Kenyatta < Previous
Raphael Tuju Files For Divorce And Offers To Pay Wife Sh 200,000 Per Month Next >
Recommended stories you may like:

How I Became Managing Director at AIG Kenya Insurance Company
Loading...
The Latest