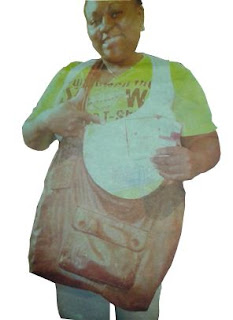 Ruth Ngei, a daughter to freedom fighter and cabinet minister in Kenyatta and Moi’s governments, the late Paul Ngei, is a familiar face at Simmers restaurant in Nairobi’s CBD.
Most nights, she visits the place, not as a reveler but as a hawker.

When Standard reporter caught up with her, she was wearing a yellow T Shirt and brown linen trousers. She carried an oversize bag. Unlike other women her age, you won’t find lipstick, spare shoes and a change of clothes in it. It is full of condoms; flavoured condoms.

She says that she kills two birds with one stone. Making money and checking the spread of HIV. Simmers is of strategic importance because it is home to a good number of prostitutes.
Most of her customers do not recognize her. The few who do, care less. They simply call her ‘Mama Flava’, in reference to her flavoured condoms. She has carried the name since 2004, when she started selling the protective gear.

It was not easy at the beginning as some men questioned her morality “because of openly selling what should be hidden” while others wanted to sleep with her.
She says that attitudes towards condoms are rapidly changing. Men take offence when she tries to sell to them, but shortly send the waiter to buy on their behalf.
Business according to her is good, and she says that she sells up to 600 condoms in a single day/night. This is however the case only on Fridays and major holidays.
On Sundays however, she’s lucky to sell 30. Her condoms go for only Sh 250. Her clients include well known politicians.

Apart from selling latex, Ruth is a counsellor. Over the years, she says she has had to demonstrate to some men on how to put on protection.

Unlike most politicians, Paul Ngei was not incredibly wealthy. Despite serving as cabinet minister for many years, he was declared bankrupt in 1990, and subsequently had to give up his parliamentary seat.
© nairobiwire.com