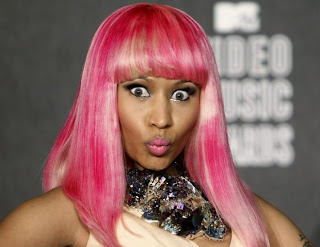 Team Uhuru is in the process of coming up with a list of artiste to perform at Uhuru Kenyatta’s inauguration bash, should the petition go in his favour. Reportedly, the team is ready to go for the big names in international music, and they’re promising a star studded event, like nothing we’ve seen before.
Names of artistes from America, Nigeria and Jamaica have been floated and some of them are allegedly under serious consideration.

According to the star newspaper, some of the names dropped for the event are US acts Chris Brown, Rihanna, Toni Braxton and Nicki Minaj.
The Jamaicans under consideration are Alaine and Burning Spear.

A source within the Team Uhuru foundation is quoted as saying, “Yes we are in direct contact with the artistes and we are at the preliminary stage where we are asking for their diaries. The inauguration bash will be separate from the official state inauguration event. It will be funded by individuals under the Team Uhuru Foundation and not by the government. The preparations are at the early stages but are based on how the petition to the Supreme Court goes.”

Should the election petition filed by Raila Odinga go in Uhuru’s favour, he is expected to be inaugurated 1 week later, specifically on a Tuesday. This date will most probably be 9th or 16th April.
© nairobiwire.com

Loading...
This is What They Just Did To Kalonzo < Previous
Mzalendo Kibunjia Says Both CORD and Jubilee Tried To Hack IEBC System – Leaked Phone Recording Next >
Recommended stories you may like: