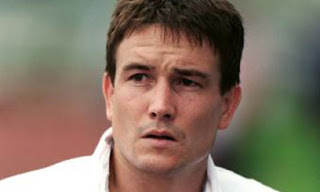 Kenya 7s coach Mike Friday was on Friday a potential victim of petty theft. The coach was on his way from the Kenya 7s camp in Kasarani when a thief tried to snatch his iPad through his open car window, but the good coach was lucky enough to retain the computer.
According to him, his grip was his saviour and the thief’s poor hand speed worked to his favour. Friday was kind enough to share his experience on twitter.

Another first!..On way home from #Kenya7s camp attempted car snatch of my ipad but my grip far stronger than his &some words are universal!
— Mike Friday (@MikeFriday09) March 8, 2013

@wolfieorama by the speed bumps in Muthaega where you get on highway towards Westlands…clever decoy method to be fair but poor hand speed!
— Mike Friday (@MikeFriday09) March 8, 2013

Loading...
Signs and Symptoms of Mouth Oduor < Previous
Meet Esther Passaris’ 13 Year Old Son Next >
Recommended stories you may like: