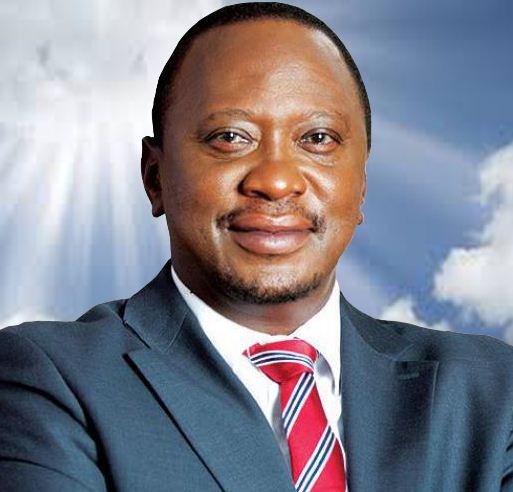 After all the votes were counted he had polled 50.03% of the vote, 4,109 votes over the threshold required for outright victory.
But the official result will not come until 11:00 on Saturday (08:00 GMT).
Rival candidate Raila Odinga is likely to file a legal challenge if he loses.

Uhuru Kenyatta, the son of Kenya’s founding president, won the presidential election with a slim margin of 50.03 percent of votes cast, provisional figures showed, just enough to avoid a run-off after a race that has divided the nation.

Kenyatta, who faces international charges of crimes against humanity, secured victory over his main rival, Prime Minister Raila Odinga, who trailed with 43.28 percent of the vote.
… But such a narrow win will almost certainly prompt legal challenges from Odinga’s camp, which complained about the election process throughout. Odinga also lost in a disputed vote in 2007 that led to weeks of tribal killings.
… Cars drove through the streets honking their horns, and one taxi driver shouted “50+1, that’s OK,” referring to the 50 percent plus one vote threshold required by law to win the vote, as noisy pockets of people yelled on the rainy streets.

Kenya’s election commission announced early Saturday that Deputy Prime Minister Uhuru Kenyatta had prevailed in the country’s presidential elections by the slimmest of margins, winning 50.03% of the vote according to provisional figures.
Diplomats were worried they might have to weaken ties with the east African nation if Kenyatta is elected because he faces charges of crimes against humanity at the International Criminal court at The Hague. The result will almost certainly be challenged in the courts by his opponent, the prime minister Raila Odinga.

With all of the votes tallied, Mr Kenyatta appeared to have received 50.3 per cent of the vote, edging out his main rival Raila Odinga and avoiding a second-round runoff.
While the official results are expected to be certified on Saturday after four days of counting, Mr Kenyatta’s camp was said to be celebrating at its headquarters in western Nairobi, Kenya’s capital.
…
In Kisumu in western Kenya, heavily behind Mr Odinga, groups of young men gathered on the streets, discussing the count in increasingly frustrated terms, said Audi Ogada, a community leader in the city.
“It’s tense, and it’s getting more tense with every hour that the results are delayed,” he said. “It would almost be better that Odinga lost, just so we got a result. These delays are causing great anxiety.”

Kenyan Deputy Prime Minister Uhuru Kenyatta — who earlier was indicted for alleged crimes against humanity — has received 50.03% of the votes in Kenya’s presidential election, according to provisional results reported Friday by CNN affiliates KTN and NTV.

If Kenyatta wins, he will find himself in an unusual quandary, as he has been indicted by the International Criminal Court for allegedly inciting a local militia to conduct reprisal attacks in the last election. His running mate, William Ruto, also faces ICC charges at The Hague. Both have denied the accusations.
Kenyatta, the son of Kenya’s founding father, has said that if he is elected, the indictment will not affect his ability to do his job.

Loading...
Wikipedia Updated To Read ‘President Uhuru Kenyatta’ < Previous
Venezuelan Prophet, Mugumo Tree, And Other ‘President Kenyatta’ Prophecies That Came To Pass Next >
Recommended stories you may like: