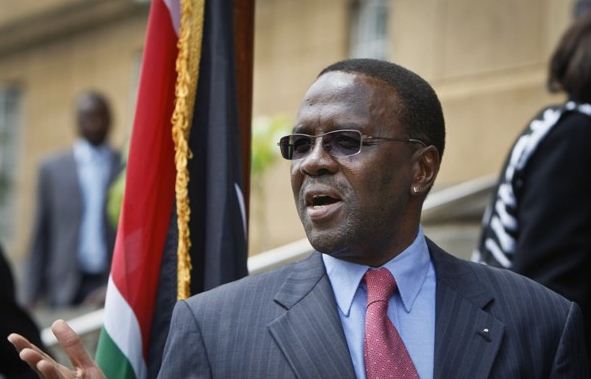 The following is an article by the associated press, where Babafemi A. Badejo –  the author of the book “Raila Odinga: An Enigma in Kenyan Politics” quotes chief justice Willy Mutunga as saying, “I am convinced Kenya’s transition needs Raila as the president of this country.”

AP adds that this may become an issue should it be brought up during the petition filed by CORD.

NAIROBI, Kenya — Confidence was so low in Kenya’s courts after its 2007 election that people preferred to settle their disputes with machetes and bows and arrows. After this year’s disputed presidential vote, there has been no violence, in part because of the faith the country has in its highest-ranking judge.
Chief Justice Willy Mutunga will soon preside over the biggest case of his short judicial career. Last weekend the country’s election commission named Deputy Prime Minister Uhuru Kenyatta the winner of the March 4 presidential election with 50.07 percent of the vote.

Prime Minister Raila Odinga is challenging that result, saying there has been massive rigging. Odinga’s camp said Tuesday that the prime minister was cheated out of 1.8 million votes, a margin that would give him an outright win.
The March 4 election was the first since postelection violence killed more than 1,000 people in 2007-08. This postelection period has not seen any violence. Odinga asked his supporters for calm, and Kenyans seem to have more faith in their government.
Mutunga on Monday said the election case would be heard “impartially, fairly justly and without fear, ill-will, prejudice or bias and in accordance with our constitution and our laws.”
Mutunga’s career as a social and political activist has placed him near Kenya’s top politicians for decades, and he’s shared his opinion on them. One quote from the 2006 book “Raila Odinga: An Enigma in Kenyan Politics” may become an issue for the case he soon presides over.
“I am convinced Kenya’s transition needs Raila as the president of this country,” author Babafemi A. Badejo quotes Mutunga as saying.
Mutunga has been “a committed activist in the pro-democracy movement in Kenya since the 1970s,” according to a biography posted on a Kenyan government website.
Unlike other judges in Kenya, many who know Mutunga believe his independence is genuine, and is unlikely to be persuaded by bribes or threats. Mutuma Rutere, of the Nairobi-based Center for Human Rights and Policy Studies, said fairness is Mutunga’s “biggest asset.”
“There is enough evidence that he can be depended upon to preside over this issue in an independent manner,” said Rutere, who worked with Mutunga at the Kenya Human Rights Commission. “His whole life has been about promoting justice and democracy.”
Mutunga knows Odinga well. In the late 1970s, as former Kenyan President Daniel arap Moi consolidated his hold on power, Mutunga was jailed in 1982, the same year Odinga was detained for alleged treason. Later the two joined a pro-democracy group called the Young Turks.
In the book “Raila Odinga,” Mutunga is quoted as saying Odinga “is a nationalist and a patriot. He has always struggled against dictatorship and oppression and been for social justice.”
“Though it may sound contradictory, he is also an ethnic baron. He has not sorted out this contradiction in his life. He uses both nationalist and ethnic cards for the advancement of his political projects,” the book quotes Mutunga as saying.

Loading...
Signs and Symptoms of Mouth Oduor < Previous
Meet Esther Passaris’ 13 Year Old Son Next >
Recommended stories you may like: