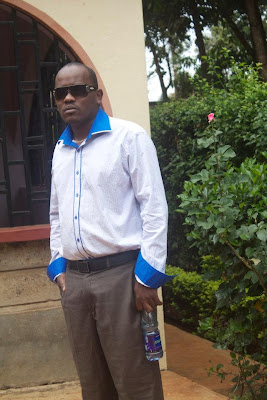 Blogger Dennis Itumbi, who is also TNA’s campaigner in charge of their online presence, is reportedly under investigation by Mzalendo Kibunjia led commission NCIC.
In a press briefing on Wednesday, Kibunjia said that four bloggers were under investigation and would soon be arraigned in court. He however failed to reveal their names, but on Thursday, it emerged that Itumbi was one of them.

The blogger revealed that he had received a letter from NCIS, saying that a ‘Concerned Kenyan’ had complained that he was spreading hate speech on his social media accounts. The letter in part read, “You have been engaging in acts that amount to hate speech more particularly, you have been posting threatening messages on your Facebook account which are intended to cause ethnic hatred.”

Itumbi however denies the allegations, saying that the complainant did not give any evidence.
The blogger however told Capital FM that should he be tried, he would like a public hearing,. “Let the public hear that I live and work with Kenyans from different ethnic communities.”
Here’s the letter. 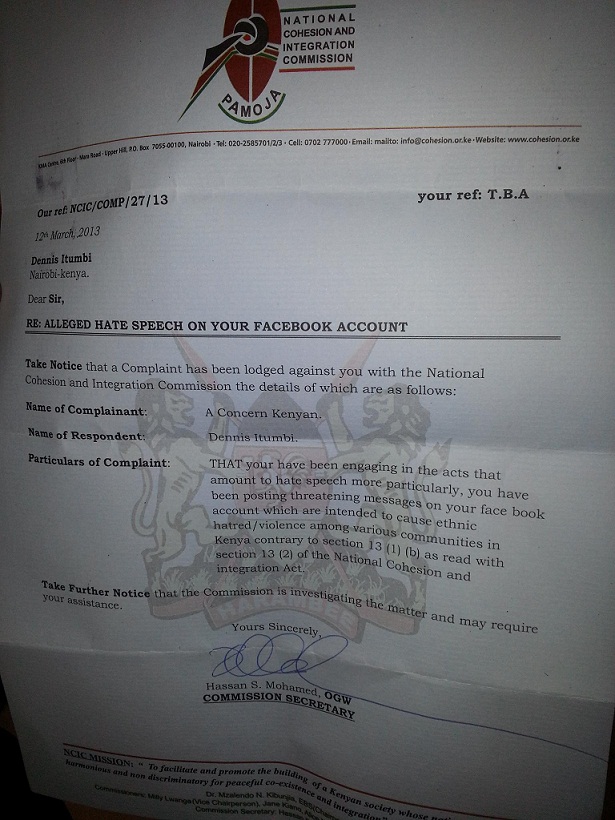 UPDATE: Itumbi says he has nothing to do with TNA and is not in charge of their online activity.