This is The Guy Who Makes The ‘Faiba’ Adverts 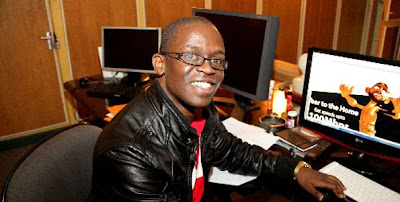 Sometime in June last year, Michael Muthiga met the chief executive of Jamii Telecommunications who dared him to prepare an animated commercial for his company.

Mr Muthiga took up the challenge and, a month later, he had come up with the first episode of the 3D television animation ads, popularly known as ‘faiba’.
The television commercial went viral among Kenyan audiences, prompting the animator to convert the project into a series, producing three more episodes of ‘faiba’ by the end of last year.
“I draw my inspiration from music. On the particular day I was making that third episode, I was listening to Lingala music,” said the 26-year old techie.
The brief from Joshua Chepkwony, the JTL boss, was for the animator to develop a short television advertisement to drive the firm’s terrestrial fibre optic offering.
“It takes me about a week to conceptualise an idea, build sets and create characters,” said Mr Muthiga, the director of Fatboy Animations, a firm he founded in 2011.
His creations remain popular with Kenyan television audiences and the online community. Catchwords from the commercial have become part of Kenya-speak, with phrase such as ‘mboss’ being part of daily conversations.
“Faiba!!!! I love this advert, even if I am asleep I always wake up because of it,” comments YouTube user Beth ram.
The Faiba episode 3, uploaded on YouTube in November last year, has already registered 97,810 views.
The show features a dozing boss who is waiting for his slow Internet to download a file only to be slapped to reality by his junior who is enjoying fast Internet speeds from Jamii Telecom.
As a result, a Facebook group has sprung up titled ‘Make the faiba wakambaz into a series’ and it has gathered a following of 8,749 ‘likes’.
“Need more… I can’t get enough,” says Gins Tosh Ndung’u on the social networking site.
“Can IEBC do an ad akin to the famous #faiba ad by JTL, I tell you all will understand how to vote #ElectionsSimulations #IEBC,” says @blessedkal on micro-blogging site Twitter.
Interestingly, the art and design enthusiast did not grow up watching Cartoon Network and only took a keen interest in animated film while in secondary school.
The self-taught animation enthusiast has defied all odds to turn a hobby into a commercial venture, unlocking earnings in Kenya’s highly potential but largely untapped creative market.
In Japan, the animation industry is estimated to be worth more than Sh300 billion and earns the Asian economy about Sh30 billion in export earnings from sale of comics and animated short films.
“I owe it much to my high school art teacher who introduced me to illustration and 3D animations,” said Mr Muthiga.
Immediately after graduating from Alliance Boys High School in 2005, he spent a year studying Autodesk Maya, a software that is mostly used in creating animation, video games and 3D applications, through online sources.
He later honed his skills by working as a junior developer at Tinga Tinga Tales, a children’s cartoon series based on African folk tales.
Mr Muthiga continued with his free online tutorials and with practice, became a lead developer in the animal-themed animation that features a hippo, tickbird, lion, tortoise, monkey and elephant and that has been aired in Kenya, Tanzania and Europe.
But his parents were a bit sceptical about a career in animation and encouraged him to pursue a degree course that would offer ‘real job prospects’. Mr Muthiga graduated from the University of Nottingham Malaysia Campus with a degree in Engineering in 2010.
With time, his parents have embraced his passion and Mr Muthiga says his mother has even assisted him acquire a high speed computer.
“The market for animation is not saturated. You can make a lot of money if you are good at your work,” says the civil engineer.
“Moreover, it’s fun for me, and I enjoy it.”
Following the success of faiba, Mr Muthiga has now been approached by six firms to produce animated commercials. He is also working to release the fifth episode of ‘JTL faiba’ in the next month or so, and promises it will be a ‘killer’ just like the earlier four.
Mr Muthiga says a single episode of animated TV advertisement can fetch as much as Sh2 million depending on the quality of work delivered.
Shuffling between his offices located at Film Studios next to Nairobi’s Jamhuri Park and his home in Kinoo, it takes the techpreneur a month, working up to 15 hours daily to deliver a project.
He outsources voicing and soundtrack for the shows from music recording studios but came up with the Kamba accent idea and beats himself.
When the Business Daily team caught up with the techie at his office last week, Mr Muthiga was seated in front of a giant computer monitor busy at work modelling characters, creating visual effects, rendering using the Maya software.
The artist has also done illustrations for a children’s book titled This Hyena is Going to Heaven authored by Grace King’ara. The title was published in June 2011 by US firm iUniverse.
Mr Muthiga plans to grow his enterprise beyond Kenya to the East African Community bloc.
He says lack of local animation training facilities remains a stumbling block in producing quality animated films. Most anime techies rely on the free online tutorials to master the art.

Loading...
Justin Bieber Cheated on Selena Gomez With Rihanna < Previous
Villagers Invade Nairobi, as Mario Balotelli Is Given Siaya ODM Direct Nomination Next >
Recommended stories you may like:

My Story – From A Paralysed Street Beggar To A Respectable Business Owner
Loading...
The Latest