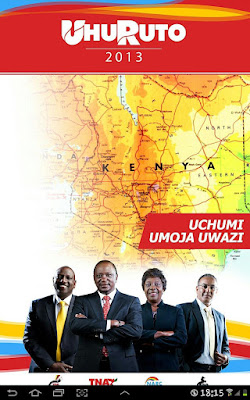 With less than 2 weeks to the elections, presidential campaigns have gone hi tech. Jubilee coalition recently launched an android app, but for some reasons failed to publish it on Google Play until yesterday.

‘UhuRuto 2013’ is a simple application that will fetch syndicated content (RSS) from the site www.uhuruto2013.com. This will include videos, which play from within the app instead of requesting for permission to use the Youtube app.
From the description given on Google play, the app will do the following:

You can download the app on Google Play using THIS LINK.