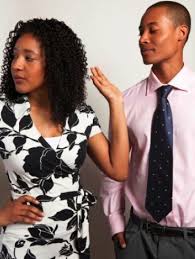 1. After dating for like 6months or more, ask him if he knows ur birthday. If he does, he is attentive and sensitive. Keep dating him.

2. When he acts kiddish when u say no to sex until maybe after 4 months he is a real man; he aint getting it anywhere else but he can. So, dont use sex as a weapon: give him the best sex ever he will never think of any arsenal or football match again:

3:if he likes kids and sometimes buys some baby stuff for no reason maybe for cousins or neighbors, he is a serious family man don’t let him go.

4:if he wont put lock on his phone or comp so u can see messages; he is proud and maybe very intelligently playing u:: trust me he has a way of cleaning his phone and barring the other gfs number when with u:

5:if he asks about ur family;if u ever told ur family about him please lie and say yes: c how he behaves;if he asks what did they say? Say they are modern u know:: they just wants us to be happy so long as we are inlove::: the dude will be amazed.

6: if he always wants to hang out with u especially in public; trust me he knows u r beautiful and he’s showing off; unfortunately the husband snatchers will envy ur relationship and make ur life living hell: they will try to seduce him to test u::: ignore them:take care of ur man

7:if he likes cooking please don’t let him go:: I don’t mean boiling hot water and putting coffee and sugar ::lol! i mean like cooking fried liver with baked beans with some fresh vegs and salads wow:

8:if he likes watching soap with u and not busy facebooking;he has a soft side:: he is real he respects ur nonsense and opinion; keep dating him.

9:if he never thinks of health and fitness issues;he is there for a season only:: he cant see both of u past 10 yrs

10:if he never gets angry with u whenever u try to as in u dont know how to make him angry even grabbing remote when arsenal is about to score:: then he is gay or very good player

11:if he is reading this, he likes gossiping marry him:he will always keep u busy in the kitchen

12: if after work the first thing he asks is whats good in news::: he fucking doesnt care about u more that his 32inch cheap tv screen from china:

13:if he is always on facebook or other social sites but never even like ur status:: he is not grown up yet::: he is nat proud of u

14:if he is always broke after 20th of every month, he has no future. He just likes u when he has salary:: that’s a very unfortunate relationship run

15:if he constantly puts his mum first ;be carefull and be clever. Make very
good friends with his mom ;he will like u soo much

16:if after one shot, he is soo fast asleep and he doesn’t gym or work in a gym or a mine consult Cheaters

17:if he takes u to his house and asks u to stay with him whenever u can:::ignore pretend to have to consult with urself and family coz where u come from its not right:but dont waste too much time have the other key:: dont ever let him know when u can come there::: and finally if he is reading this shame on him
♥ ♥ ♥

Loading...
Ipsos Poll: Uhuru Now In The Lead as Dida Overtakes Kiyiapi < Previous
An Old Photo of DJ Kaytrixx.. Without Dreads Next >
Recommended stories you may like:

The 5 Most Popular Cars in the World

Dubai to Africa; These Are the 5 Best Holiday Destinations in the World