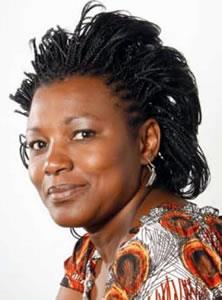 ‘UON Students Against Rachael Shebesh’, is one of the many anti-Shebesh Facebook pages that have been created in the past few days. What has the Nairobi women representative candidate done this time? Well, she recently called University of Nairobi students ‘Koinange Street prostitutes’, and now the students are threatening to sue her.
Shebesh had stated that UON students were only students by day, but would rush to Koinange street when darkness fell. The former nominated MP was speaking on a TV interview this past Sunday.

The university students have given Shebesh 16 hours to either apologize or face their wrath. Part of her apology should be in writing, where she is expected to forward a 2 page apology letter to the vice chancellor of the university.
Should Shebesh fail to do so, the students led by Students’ Organisation of Nairobi University (SONU), Organisation of Kenya Independent Students Union (KISU) and the Women Students’ Welfare Authority (WOSWA) are threatening to go to court to block her from contesting the Women representative seat.

“We were greatly saddened and severely shocked by the irresponsible statements uttered by Ms Shebesh on a television interview on Sunday February 24, 2013. The Dishonourable member remarked, loudly that “ Nairobi’s red-light districts are littered by prostitutes studying at the University of Nairobi .The above statement is untrue and incoherent with the virtues and principles of the UoN Student community. All our students are honest, hardworking, responsible, religious and committed to the values of education and religion.”said Dorothy Kemunto, one of the leaders.

Fredrick Ndege and Ouma Kodhek, the chairmen of KISU and SONU respectively, further said that they would mobilize Nairobi residents to vote against Shebesh.
© nairobiwire.com

Loading...
10 Things That Turn Guys off < Previous
KTN Denies Allegations That Tujuane is Scripted Next >
Recommended stories you may like: