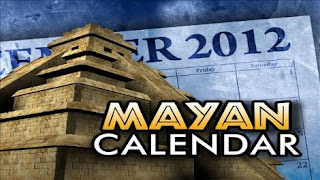 With Dec. 21, 2012, quickly approaching, people around the world are grappling with doomsday phobia and fears of an impending apocalypse.
Friday, Dec. 21 marks the end of the Mayan long-count calendar. On this day, doomsayers believe the world will end. Some fear a wayward planet called “Nibiru,” supposedly discovered by the Sumerians, will collide with the Earth. Others point to a 2012 doomsday in Biblical prophecy, a cataclysm complete with fiery explosions, earthquakes and floods.
Despite the fact that NASA has debunked such apocalyptic theories, many are still worried about the end of the days approaching.
One in 10 people questioned in a worldwide survey said they think the world will end in 2012, according to Yahoo! News’ “Who Knew?”
In China, doomsday seeds were planted when the 3-D version of the 2009 Hollywood disaster film “2012” hit theaters just last month, according to Asia Times.
Stories of doomsday phobia sprouted around the country. A senior engineer and wife of a university professor in Nanjing reportedly cashed in her savings to donate to poor children to make them happy “for the last few days,” Asia Times reported. A carpenter in Chongqing supposedly spent his earnings wining and dining, even though his wife had just given birth. In Xinjiang, a man allegedly spent his family’s savings to build an ark in hopes of survival.
Going to the extreme is not unheard of. In May 2011, when Christian radio broadcaster Harold Camping predicted the rapture, some devout followers sold all their possessions to help spread the doomsday message. In 1997, 39 members of the Heaven’s Gate cult committed mass suicide in Southern California believing they were called to follow the comet Hale-Bopp, according to Time magazine.
For those with burning questions, NASA created a Google+ hangout on Nov. 28 to answer inquiries and calm worries about apocalyptic theories, noting, “Contrary to some of the common beliefs out there, Dec. 21, 2012 won’t be the end of the world as we know, however, it will be another winter solstice.”
A wikiHow has also been created in an attempt to help those with doomsday phobia. The website highlights other supposed “doomsdays” throughout history, suggests having a healthy skepticism about end of days “news” and stop reading into the scaremongering too much.
HuffPost

Loading...
Smriti Vidyarthi: After much consideration, I have made the decision to stay at NTV < Previous
Are You Dating A Psycho? Next >
Recommended stories you may like: