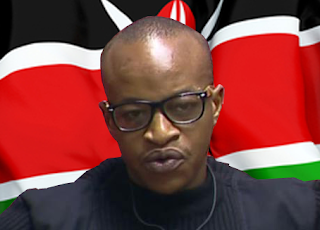 South Africa’s Keagan beat Prezzo to win the Big Brother Africa. Prezzo who has had a very uncertain time in the house with nomination after nomination, proved everyone wrong by being the first Kenyan to get that far in the continental show.
In a night full of suspense, the first housemate to be evicted was Malawi’s Wati, who had entered the house together with his cousin Nafe, who was unlucky not to taste life at Upville. Uganda’s Kyle was second to be evicted, leaving Prezzo as the only hope for East Africa. Third to leave was Talia. Prezzo was now in the top 3, an achievement by itself. The threat at this point seemed to be Lady May, who had consistently been getting more votes than Prezzo. Unfortunately for her, she was fourth to be evicted.
Kenya’s Prezzo and South Africa’s Keagan were the last two. After almost half an hour of suspense and a performance from Africa’s biggest star at the moment, Dbanj, the time for the winner to be known had arrived. Unfortunately for Prezzo, the ultimate prize went to South Africa’s Keagan.
By finishing as first runners up, Prezzo had the longest stay at the house for a Kenyan. He was also the one contestants who attracted the most hate and love across Africa going by reactions on social media. His stay at the house was meanwhile backed by the high and mighty and anyone looking for votes saw this as an opportunity to harvest them in bulk.
Politicians who had been campaigning for Prezzo include Prime minister Raila Odinga, Deputy Prime minister Uhuru Kenyatta and MP Rachael Shebesh.
Congratulations to Prezzo for getting that far.
© nairobiwire.com
Loading...
Judge Ian: With 12 Songwriters At Her Disposal, Ruth Has No Reason To Fail < Previous
University Politics Turn Ugly; SONU Leader Defers Semester After Stealing Sh 600,000 Next >
Recommended stories you may like:

Kigame: DJs who Play my Music Earn More Money than I have in 11 Years

Femi One Gets Last Laugh After Ochungulo Family Threw Shade at her
Loading...
The Latest