Fans went to See Bolt But They Saw Rudisha ! 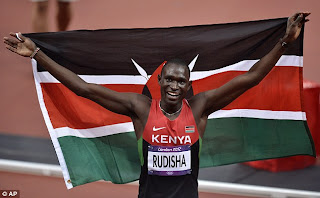 David Rudisha finally came to Kenya’s rescue following a disappointing Olympics campaign, by winning the 800 metres gold. Rudisha brought Kenya the second gold and in the process broke his own record of 1:41:09 after clocking 1:40:91. The electrifying performance by the 23 year old gave the over 80,000 people in the Olympic stadium a night to remember.

Towards the finish, Botswana’s Nijel Amos, 18, emerged as a threat but Rudisha was watching his back and would not let anything cross him. Amos had to settle for silver and a personal best of 1:41.73. Upcoming Kenyan athlete and probably ‘another Rudisha’, Timothy Kitum, came in third with a personal best of 1:42.53. Kitum is only 17 years. 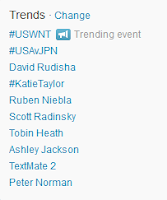 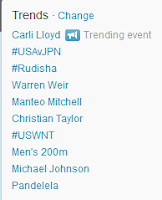 If there was a reason for anyone not to recognize Rudisha prior to the race, now there isn’t. David Rudisha and #Rudisha were trending on twitter hours after he broke the world record. Not even Bolt’s win minutes later would dethrone the Kenyan from this rare twitter milestone.
Elsewhere, Jamaican Usain Bolt won the 200 m finals but had to work extra for the win, after Yohan Blake came close to overtaking him near the finish. The large gaps previously witnessed between Bolt and the rest of the pack have been drastically reduced by Blake. The new Jamaican threat defeated Bolt in Jamaica’s national trials, both in 100 and 200m. 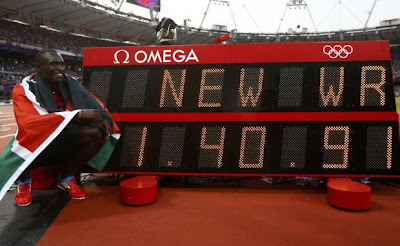 © nairobiwire.com
Loading...
Raila: Kenya Can Host Olympics In 2024 < Previous
Prezzo To Earn Sh 120 Million As One Ambassador Next >
Recommended stories you may like: