Jalang’o, Otoyo and Mshamba Get Court Order Barring KTN From Using Their Images 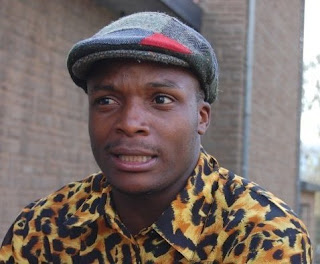 A Nairobi court has barred KTN from using images of Jalang’o, Otoyo and Mshamba to promote a comedy show they will be launching soon. The three comedians obtained a court order from Lady Justice Mary Ang’awa on Wednesday.
Together with Kenya Kona Group Limited, the organizers of their monthly comedy perfomances, Jalang’o (Phelix Kodhe), Mshamba (James Chanji) and Otoyo (Kazungu Matano) accuse KTN of misleading the public that they will feature in their new comedy show.
The comedians have been hosting ‘comedy nite’ every first Monday of the month at the Hilton Hotel but KTN reportedly failed to give them a good TV deal. Recently, Citizen TV came in and gave them an irresistible deal and their show will now be aired as ‘Kenya Kona Comedy Show’ on the TV station.
Despite the pull out of the three actors, KTN has continued organizing the Comedy Nite, with different hosts ,but it’s said it has not been as successful as the previous one. They finally decided to televise the show and have been using clips by Jalang’o, Mshamba and Otoyo, giving the perception that the three will in fact be on the show.
The hearing will be on Monday.
© nairobiwire.com
Loading...
Marende Re-election Strategy To Give MPs A Pay Rise Leaks. < Previous
Kagwe Mungai: Music Graduate Almost Taking Over The Air Waves Next >
Recommended stories you may like: