By Ken   /   Sunday, 05 Aug 2012 04:48PM   /   Leave a Comment
Hillary Clinton was in Kenya over the weekend as part of her African tour. She arrived at around mid morning on Saturday before departing on Sunday. As is custom when high ranking American officials are traveling, security was super tight. Upon alighting from her plane, Clinton briefly waved at the journalists standing metres away before she was whisked into a white land cruiser, which was part of a 24 vehicle motorcade. Among the vehicles in the motorcade were four similar white Land Cruisers and two mini buses, used to transport staff and the American press travelling with her. GSU officers and KK Security formed part of her escort.
The motorcade sped to State house and as always, the road was closed for her. At State house, she held a brief meeting with Kibaki before meeting Raila at his office. She then held meetings with speaker Kenneth Marende, Chief Justice Willy Mutunga and Somali government officials.
At all this stops, security was unlike seen before, with journalists required to be at the venues hours before her arrival.
Kenyan troops came out with gears last seen during Joe Biden’s visit a few years back.

The following are some pictures showing Hillary Clinton’s security on Saturday. 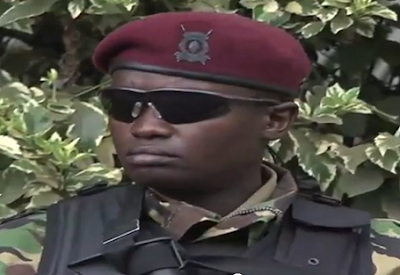 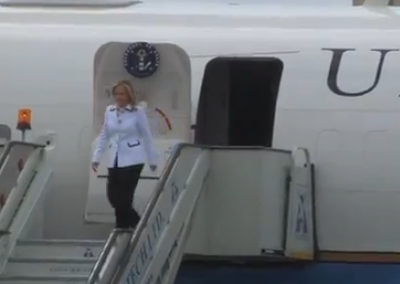 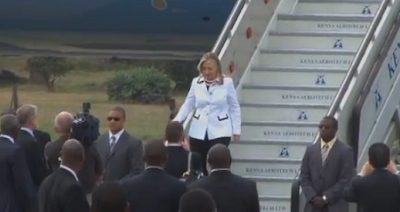 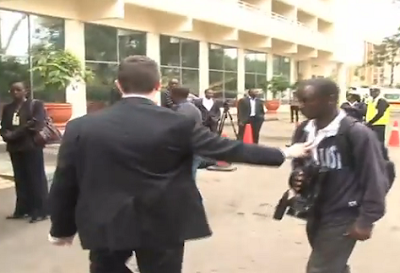 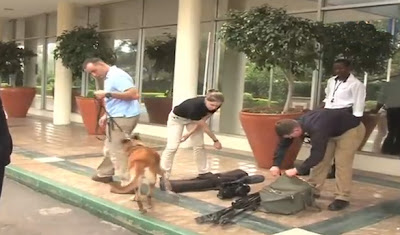 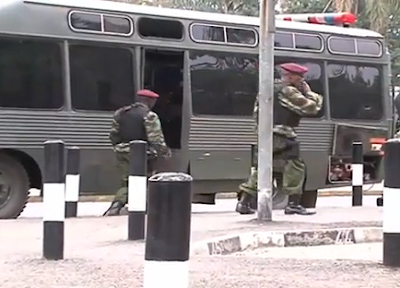 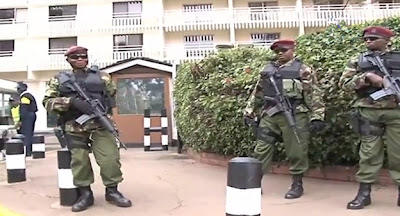 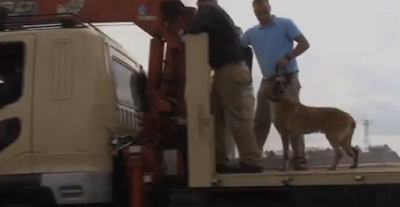 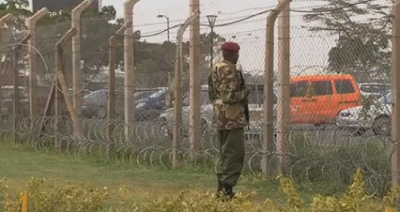 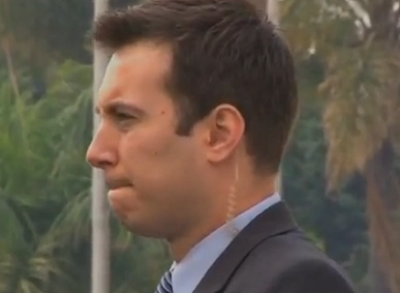 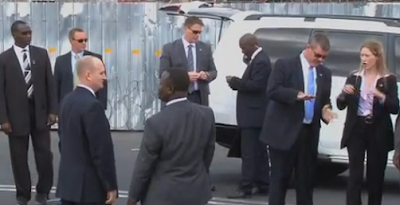