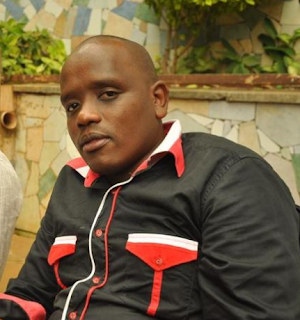 Blogger Dennis Itumbi was once again on the wrong side of the law after he was charged of intercepting Jetlink’s confidential emails and publishing them on his personal blog without consent of the authors. The charge sheet reads that the blogger titled the ‘leaked’ emails as  ‘JETLINK: The Danger in our Skies, Revelations of leaked Emails’ portraying the airline negatively.
In June this year, Itumbi published a post where the customer service and safety provided by Jetlink is brought to question. Citing emails he received from his sources , Itumbi wrote of how customers were at one time flown without insurance and oxygen masks. The toilets were also in a very bad shape. The post further stated how Jetlink’s poor state of aircraft has been causing passenger delays leading to loss of money and business especially to those with connective flights. Some of their passengers have been constantly complaining.
Reading further reveals that Jetlink’s management was well aware of the state of their planes and equipment. At one time orders were given to close everything that was not working in a bid to cover up their negligence ahead of a scheduled inspection.
In one of the email conversation, top management was in a dilemma on whether they should fire an intern who had been rude to the management. One of the correspondents remarks, “..you know he can spill the beans, on the planes?”

Dennis Itumbi is not a stranger to hacking allegations. Earlier this year, he was suspected of hacking into the ICC website and leaking witness information. For that, he appeared before a parliamentary committee.
This is the second blogger to be charged in a period of a few days, after Itumbi’s frenemy Robert alai appeared at the milimani law courts after linking government spokesman Alfred Mutua to the murder of two activists. Just like Alai, Itumbi was released on a Sh 100,000 bail.
© nairobiwire.com
Loading...
Uncut Footage Minutes After Rogo’s Shooting (VIDEO) < Previous
Charity Ngilu Accused of Kidnapping Kirima Next >
Recommended stories you may like: