Churchill And Mutoko Get Big Appointments In The Tourism Sector. 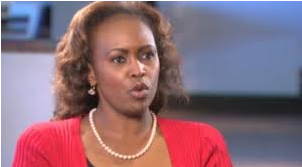 Kiss 100 presenter Caroline Mutoko and his Classic 105 counterpart, Mwalimu King’ang’i also known as Churchill, have landed big jobs in the tourism sector. Caroline has been appointed the Chairperson of the Kenya Tourism Development Corporation (KTDC), while Churchill has been appointed to board of Bomas of Kenya.

Mutoko has been particularly critical of public leaders and has more than once rubbed several politicians the wrong way. This is her chance to show them how it should be done. She said that Kenya is headed to a very tough period due to several factors, among them elections and terror threats, which bring with them travel advisories, thus the need for a sober approach during the course of her new job. She added that she felt honoured to be considered for such a position.
Others appointed to key positions in the tourism sector include athlete Paul Tergat and Martin Dunford, who is Tamarind Group chairman and father to Olympian Jason Dunford.
Congratulations on their new jobs.

© nairobiwire.com
Loading...
Fidel Odinga’s Wedding This July. < Previous
"Bankrupt" Phillip Moi Bought A TV Worth Sh 750,000 Next >
Recommended stories you may like: