By Ken   /   Friday, 30 Dec 2011 01:57PM   /   Leave a Comment
iphone 4s main selling point has been the wonder that is Siri and so you will forgive a small boy who puts siri to the test on a demo phone in a mall. Charlie Le Quesne was trying out the iPhone 4S at a Tesco store when he asked it “How many people are there in the world?” Siri did not have kind words for Charlie though, as it told him, to his face, “Shut the f*** up, you ugly t***.”
“I thought I must be hearing things. So we asked again and the same four-letter stuff blared out. 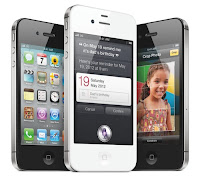 I asked for the manager and after staff heard it they agreed to unplug it. I couldn’t see the funny side.”said Charlie’s mom.

Staff at the store apologized and told them that someone had tampered with the settings and entered the obscene words as the user’s name, so Siri said the names aloud when answering a question. Tesco said they had launched investigations and would be sending the handset back to Apple for diagnostic tests.

Loading...
Deacons Kenya Opens Mr Price In Kigali, Rwanda < Previous
Man Arrested After Hookers Ignore Him On Bed Next >
Recommended stories you may like:

Everything Trending on This Last Weekend of November