Barcelona was too good for Manchester United and for the second time in 3 years, they defeated the red devils by two goals. Despite a good start by united, Barcelona managed to find the back of the net first through Pedro. Rooney however equalized and at half time the two were level. During the second half however, Barcelona justified the staggering game statistics by scoring two more goals through Messi and Villa. 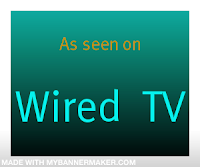 Loading...
The World Awaits The Battle of Wembley < Previous
Police Man Detained For Seeing Mugabe’s Sh#t Next >
Recommended stories you may like: